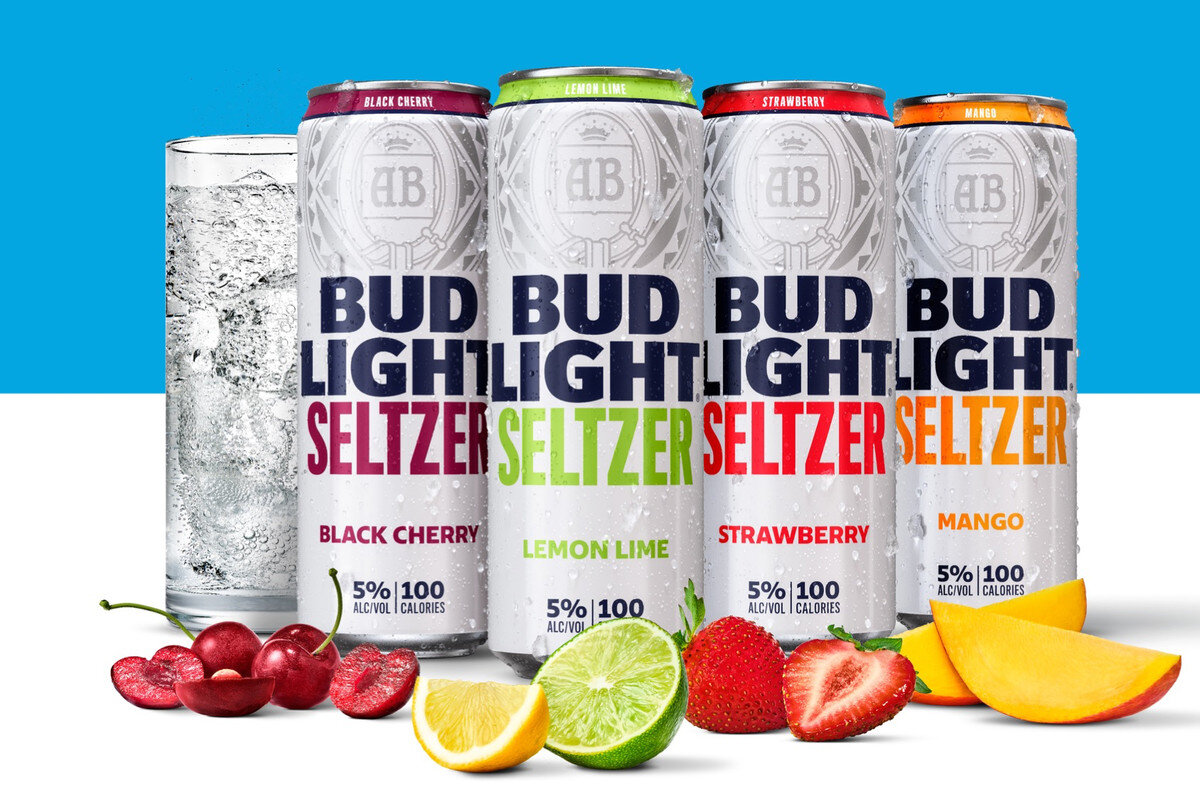 It’s the week after Thanksgiving and the first winter chill has settled in—which means it’s time for a couple of very hot takes to keep us warm. Let’s just start with some bald assertion and get to the reasoning later: contrary to the current narrative, beer is still a lot of fun and replete with passionate support, and hard seltzer is a fad that will—eventually—run its course.

As hard seltzer has enjoyed its rocketship popularity, people have started to make a strange argument. Hard seltzer isn’t popular because it’s a lightly-sweet low-impact way to get alcohol into one’s bloodstream—it’s popular because it’s fun, while beer is terribly abstruse and oppressive. That is, seltzer is popular because beer has gotten too serious. A couple recent examples. In The Atlantic, Amanda Mull argues seltzer is defined by “what it’s not: difficult or aspirational.” Seltzer is “about as basic as lining up at your local Starbucks on the first day of pumpkin-spice-latte season. That’s also why it’s fun,” she explains. Writing for Good Beer Hunting, Dave Holmes makes a similar case by comparing seltzer to punk rock (your mileage may vary on the effectiveness of that metaphor). His assesment? “In 2019, White Claw woke us up to what was really important when it comes to drinks: they’re supposed to be fun.”

The idea that the popularity of seltzer has to be a referendum on beer is odd. Odder still is the specificity of the complaint—that beer’s complexity is off-putting and exhausting. Craft beer may have it’s problems, but whatever fall is taking place in beer is happening not at the complex but the simple end: among domestic lagers. The hazy IPAs, barrel-aged wild ales, and pastry stouts—those exhausting beers the writers target—are the industry’s bright spot.

A much better explanation is that seltzer is merely hastening the decline of domestic lagers, but that wouldn’t allow writers to make a cultural critique and shame beer. The craft segment, which has been mainstream for a decade, offers a juicy target for anyone who wants to critique a culture of bearded white dudes or hypocrisy among sell-outs or even those overly complex and excessive liquid confections. All valid and important arguments. But there’s very little evidence that has anything to do with seltzer’s success.

(And really, as long as beer has alcohol in it, it’s going to be plenty fun.)

OUR FUTURE IS NOT SELTZER

The alcohol business is tough. In the past few decades, beer, wine, and spirits have fragmented tremendously. Consumer tastes have shifted. Boomers once conveniently sorted themselves into categories and stuck with brands for decades. No one consumes anything that way anymore. No one is a “Rainier man” anymore. In fact, there aren’t many “beer drinkers” left, either. If a person develops a taste for alcohol, they’re much more likely to drink all the alcohols, shifting from hazy IPA to Pinot to mezcal cocktails. And worse, we continue, decade by decade, to drink less. These are macro trends that have been developing for a very long time.

Enter seltzers, which within this fragmented, diffuse market of brands and categories, has shown a rare capacity to attract customers. It has been a marvel to behold. I can’t recall seeing any trend that has sparked a more immediate frenzy among copycats—not cider, citrus IPAs, golden ales, or even hazy IPAs. With the incredible sales for White Claw, seltzer represents an irresistible sector for growth, particularly among larger breweries where sales are dropping. Based on the press releases and news stories I’ve seen over the past year, the number of breweries launching new seltzer lines has to be in the triple digits by now. It is a real phenomenon and the immediate future is very bright.

The very fragmentation and variety that defines alcohol right now makes it very hard for any trend to last. Within beer, hazies are an outlier—they are the end stage of a development happening for two decades in the US, and they’re here to stay. But other trends are built to die—it’s the nature of the promiscuity and quest for novelty that defines the alcohol market. Seltzer is a product of this trend, and will almost certainly be a victim of it, as the shandies and -Ritas and Four Lokos attest.

“What if instead of a complicated mix of flavors, you had a craving for, like, lime-ish? White Claw gives you this and nothing more; I had planned to include tasting notes in this essay, but after one sip, I scribbled ‘bubbles!’ and then didn’t write anything else down.” 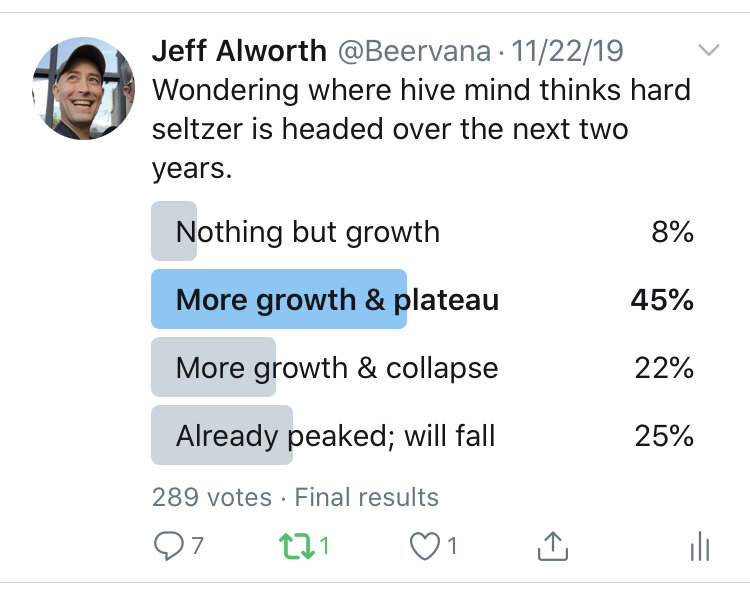 “Lime-ish and nothing more” is not the strongest foundation on which to build an enduring segment. Seltzers are on track to hit something close to three million barrels this year, which is a great little niche—but it’s still very much a niche in a 200 million-barrel industry. It is, rather, an example of a very successful flavored malt beverage. For thirty years, companies have appealed to drinkers by putting neutral grain spirits inside a sugary solution—wine coolers, spritzers, tea, lemonade, soda, and now coffee. The successful brands even manage to establish themselves as permanent fixtures. Mike’s Hard Lemonade has been profitably tricking along for two decades. But they’re fundamentally uninteresting, and when the novelty wears thin, so does the trend as a national force. Once they do, the market moves to the next disposable trend. What innate appeal do seltzers contain that will make them uniquely durable? White Claw may well he around in a decade or two, but one suspects seltzers will seem as cool as Zima does today.

In summary: seltzer is a fine little beverage to sip on a summer day, but is as forgettable as a can of La Croix. Beer has challenges and troubles, but consumers aren’t, en masse, sending it a secret, coded critique of hazy IPAs by buying a sixer of Claws.